The giant panda is universally loved and cherished. Their iconic black and white fur-colour distinguishes them nicely from other animals. It’s difficult to deny that pandas invoke true affection from humans everywhere in the world and in every generation. Pandas have received lots of publicity over the years as they were at threat of extinction. 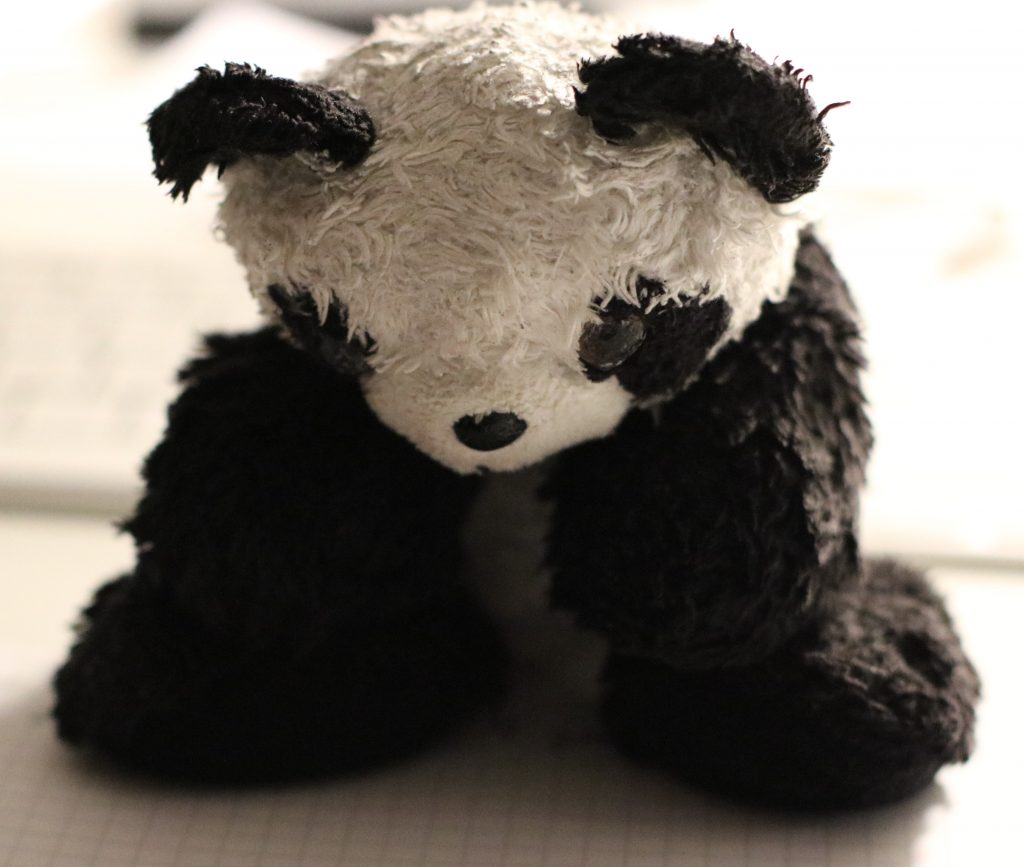 A behavioural neuroscientist known as Edgar E. Coons thinks that humans find pandas so cute due to “hedonic mechanisms” their functions set off. Something about pandas possibly resembling babies! I quite often think my baby looks like a panda! They’re both so adorable and easily loved.

It’s all to do with our mind making us experience a positive love toward pandas. Any animal with fur seems to automatically be regarded as cute and with panda’s big eyes and perceived clumsiness, it’s difficult not to fall in love with them!

Pandas remind us of toddlers and teddy bears mainly with their big eyes (the eyes aren’t particularly massive however the black patches around their eyes make them appear larger), and spherical adorable faces.

In China, they name the Panda “Xiongmao” meaning Giant Cat Bear. Some people believe that Pandas have some special powers that make them away fend off evil spirits. They have been even kept as pets by the Chinese Emperors. Cute element about Pandas is that all panda’s work all day is to consume and sleep.

Wild panda numbers are increasing after years of decline. The International Union for Conservation of Nature announced that pandas have been upgraded from “endangered” to “vulnerable.” This is a huge feat for all the organisations involved!

6 thoughts on “Pandas are so cute”

A lifestyle blog with a twist of pandas

This website uses cookies to improve your experience while you navigate through the website. Out of these cookies, the cookies that are categorized as necessary are stored on your browser as they are essential for the working of basic functionalities of the website. We also use third-party cookies that help us analyze and understand how you use this website. These cookies will be stored in your browser only with your consent. You also have the option to opt-out of these cookies. But opting out of some of these cookies may have an effect on your browsing experience.
Necessary Always Enabled
Necessary cookies are absolutely essential for the website to function properly. This category only includes cookies that ensures basic functionalities and security features of the website. These cookies do not store any personal information.
Non-necessary
Any cookies that may not be particularly necessary for the website to function and is used specifically to collect user personal data via analytics, ads, other embedded contents are termed as non-necessary cookies. It is mandatory to procure user consent prior to running these cookies on your website.
SAVE & ACCEPT